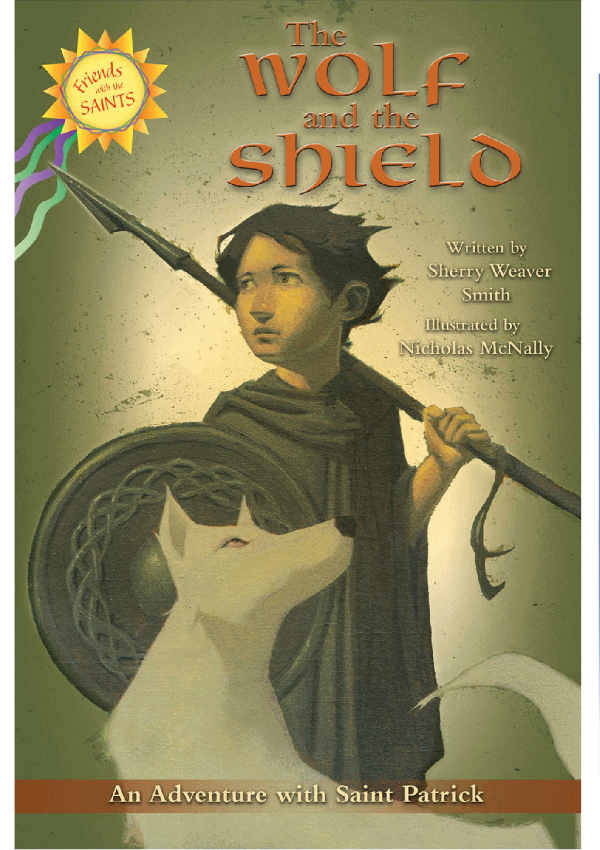 The Wolf and the Shield

Kieran is braver and stronger than most eleven-year-old boys. And ever since his father’s death, he’s been doing his best to take care of his mother and little brother. In fifth-century Ireland, though, there aren’t many options. When Kieran rescues a wolf pup and meets Saint Patrick, his choices become even more difficult.

Should he leave home to join Carrick’s warriors? Will someone discover the wolf he’s been hiding and kill it?

But the hardest question for Kieran to answer is the one Patrick had asked him on a moonlit night: What does your heart hunt for?

Join Kieran as he cares for an orphaned wolf pup and searches for a shield strong enough to protect everything-and everyone-he loves.

Filled with well-researched facts about the people, animals, and customs of fifth-century Ireland, The Wolf and the Shield is historical fiction for children ages 7 – 10. Exciting and fast-paced, this adventure novel explores what friendship with a saint might be like, showing Saint Patrick as approachable and understanding of the challenges of a young boy.

The Wolf and the Shield: An Adventure with Saint Patrick will stimulate young imaginations to realize that the saints are holy but also human and approachable, and they are always good friends.