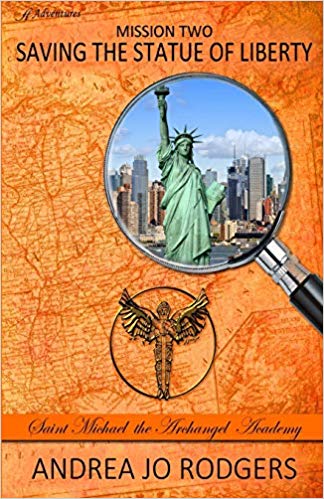 Saving the Statue of Liberty (Saint Michael the Archangel Academy)

John Jenkins is on probation at Saint Michael the Archangel Academy. That means one wrong move on his part, and he’ll be tossed off Team Liberty like wilted lettuce on a soggy hamburger bun. But Team Mischief, up to their old tricks again, plans to vandalize the Statue of Liberty. Knowing his team needs him, John snags the opportunity to prove himself worthy of the academy. Together, Team Liberty must uncover clues and solve puzzles at Liberty State Park and Ellis Island as they race against the mischievous trio to save the universal symbol of freedom from harm.